FIFA 23 TOTW in Black Friday You Need to Know

To celebrate Black Friday in FIFA 23, EA SPORTS have dropped the Best of Team of the Week cards into FUT packs. Here's the full list of FIFA 23 Best of TOTW players and how long they are available for.

FIFA 23 players are being spoiled right now when it comes to Ultimate Team content. World Cup promos are coming thick and fast, and Black Friday is here to offer extra discounts. As part of the Black Friday celebrations, EA have brought the best Team of the Week players released this season back to packs for a limited time, and dropped TOTW SBCs to help fans get hold of them. 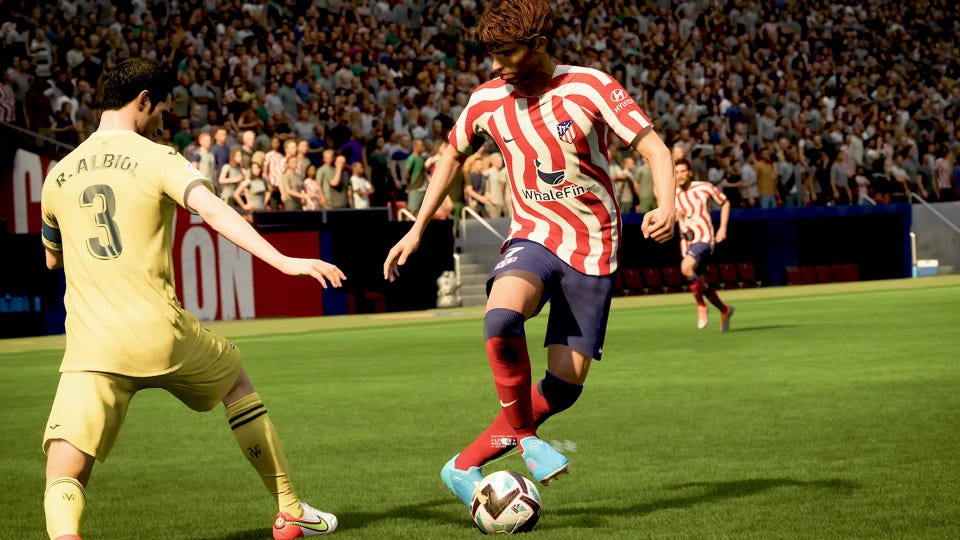 Here's everything you need to know about FIFA 23 Best of TOTW, and the top rewards from the 81+ TOTW.

FIFA 23 Best of Team of the Week End Date
Best of TOTW players will remain in packs until Tuesday, 29 November at 6PM. At this point, TOTW items will be replaced with the regular gold version of each player.

There is no word yet on whether or not a second squad of Best of TOTW cards will be released, but we’ll be sure to update this section as soon as we know.

FIFA 23 Best of TOTW Squad
The first Best of TOTW release celebrates the biggest names to receive an in-form card before the start of the 2022 World Cup. Check out the full Best of Team of the Week squad below:

FIFA 23 81+ TOTW Upgrade
If you want to get hold of one for these special FUT items, but don’t want to risk splashing coins on packs, EA have also released an 81+ TOTW Upgrade. All of the Best of TOTW cards are in the prize pool, as well as some other valuable cards.

Check out the requirements for the FIFA 23 81+ TOTW Upgrade, and the best rewards:
Requirements

*Number of players in squad: 11

That was everything you need to know about FIFA 23 Best of TOTW as part of Black Friday. Hope you enjoy the game.