Ranks Among Five NBA Christmas Games in 2022: Which Team is the Most Exciting One to Watch

Christmas is stuffed with five NBA games on the calendar. The action will be around the clock from 12 p.m. ET all the way to 10:30 p.m. ET. It's safe to say you'll have plenty of time to catch the games while being wrapped up in warm blankets, drinking hot chocolate and having new presents in your presence.

The ten teams taking the hardwood are the Philadelphia 76ers, New York Knicks, Los Angeles Lakers, Dallas Mavericks, Phoenix Suns, Denver Nuggets, Memphis Grizzlies, Golden State Warriors, Milwaukee Bucks and Boston Celtics. But among the five games, which ones will make for the best viewing under the bright lights? Let's rank them all, from least exciting to most: 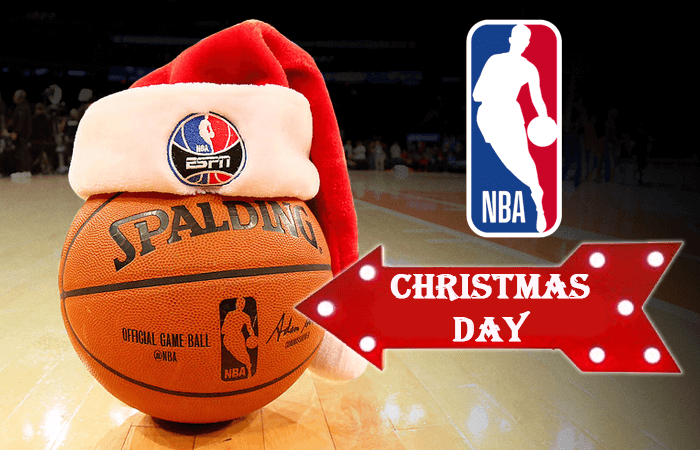 You can see the line of thinking from the NBA here: LeBron James vs. Luka Dončić. Fans will jump to TV screens to see two of the most prominent players in league history go head to head again, especially after they put on a show in their 2020 Christmas matchup.

But it's now 2022, and though both James and Dončić are having great seasons on an individual level, the quality of the teams are not exactly on par.

The Lakers have improved as the season has progressed thanks to Anthony Davis hitting new heights, but the rest of the roster hasn't been consistent enough. Dallas continues to rely solely on Dončić to shoulder the offensive burden and not adding another star to help is still holding the franchise back. Beyond the James/Davis vs. Dončić factor, there's not much here in the second game of the day.

4. Philadelphia 76ers at New York Knicks
Beyond the top-two teams, the Eastern Conference is wide open, particularly in the middle of the pack. Two teams that are gradually gaining some momentum are the 76ers and Knicks, and they've already met once this season.

Despite Philly's triumvirate of Joel Embiid, James Harden and Tyrese Maxey all dealing with various injuries throughout the season, they've managed to float above .500. The Knicks haven't been all that convincing after the Jalen Brunson acquisition, but Julius Randle's recent form has the potential to take the team to a new level if he can sustain it.

The teams last met on Nov. 4 when the Knicks won 106-104 despite Embiid and Harden missing out. The rivalry will add another chapter to its story at Madison Square Garden on Christmas as the first game of the day.

3. Phoenix Suns at Denver Nuggets
Unlike the Eastern Conference where there have been clear favorites to top the leaderboard, the whole Western Conference is wide open, making this game an intriguing one.

The Suns and Nuggets will meet for the first time this season on the last game of the day. Phoenix, fresh after topping the conference last year, hasn't looked as dominant this season with an injury to Cam Johnson and Jae Crowder wanting a trade all playing a factor. Devin Booker is playing like a first-ballot All-Star candidate, but Chris Paul hasn't been pulling the strings as usual.

On the other side, Nikola Jokić finally has help on both ends of the floor. Along with The Joker, seven Nuggets are averaging double-digit points as they try to sort things out on the defensive side. Jamal Murray and Michael Porter Jr. are still integrating themselves after missing last season due to injury, but this matchup will reveal who is the stronger side between two potential No. 1 seeds in the conference.

2. Memphis Grizzlies at Golden State Warriors
The drama gets real when the Grizzlies head to the Bay Area to meet the Warriors for the first time since the 2022 Western Conference Semifinals when the Dubs won 4-2 in six games.

Ja Morant, Desmond Bane and the young Grizzlies gave Stephen Curry, Draymond Green and the veteran Warriors fits all series that led to intense trash talking in what has become a random yet interesting rivalry.

Golden State has regressed during the early parts of the season with Curry carrying the load and not getting as much help from elsewhere, but you never know when the Warriors will storm up the ladder. Memphis is still winning games despite injuries to Bane and Jaren Jackson Jr. just coming back to action after missing the start of the season. The fourth game of the day should be a feisty one in the Bay.

1. Milwaukee Bucks at Boston Celtics
The third game of the day will no doubt be the best. The Bucks and Celtics are the top-two teams in the Eastern Conference and have played like true title contenders all season long, just like they did last year when they met in the conference semifinals.

Boston eventually got the edge with a Khris Middleton-less Bucks before falling short in the 2022 NBA Finals, but now both teams should get a healthy crack at one another in their first meeting of the new campaign.

Jayson Tatum and Jaylen Brown continue to dominate as a formidable one-two punch with Malcolm Brogdon proving to be a fantastic addition as the sixth man off the bench. The Bucks have steamrolled through teams with Middleton playing just five games so far after missing the start of the season due to injury.