How to Get Free Moment Card Jeremi Grant in NBA 2K23

Trail Blazers forward Jeremi Grant had a wonderful night on November 4, racking up 30 points with a big win against the Phoenix Suns. To commemorate Grant's performance, a new Moments challenge is now available in NBA 2K23 MyTeam. Users can complete Agendas, in order to grind toward a 91 OVR Moments card of Grant. However, this is a time-limited challenge. So, how can you get the 91 OVR Grant? Let's go over what you will need to do.

In order to get the Moments Jerami Grant in MyTeam, players must complete six separate Agendas. These Agendas include cumulative objectives that need to be completed by playing across MyTeam's various online and offline modes. 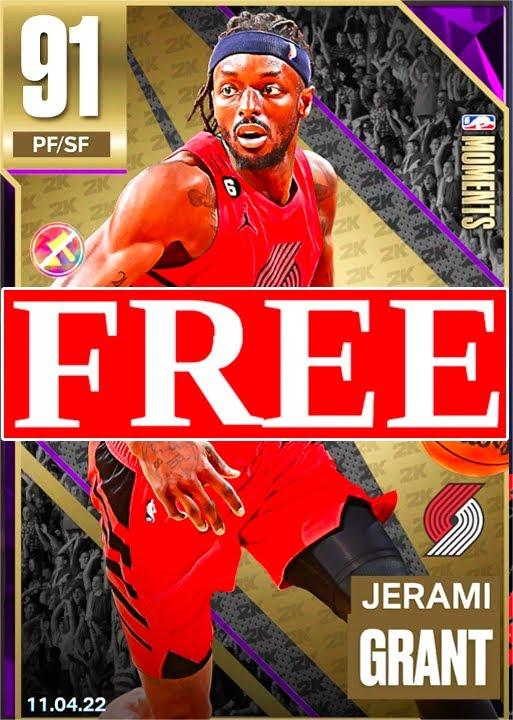 Get five assists with NBA: Series 1 Jeremi Grant in a game (reward is Badge Award Pack)

Get one block with NBA: Series 1 Jeremi Grant in a game (reward is 20 tokens)

Make one 3-pointer with NBA: Series 1 Jeremi Grant in a game (reward is Shoe Award Pack)

All of the Agendas are pretty straightforward, much like with the past Moments Jalen Brunson and Keldon Johnson challenges. Just use NBA: Series one Jeremi Grant in games, whether it be online or single-player, to get these achievements done. The latter is probably your best bet because the games are generally much easier.

Johnson is obtainable by way of acquiring the Series one Trail Blazers Starters Option Pack. This pack can be obtained through the Token Market, and it costs 20 Tokens to get. Meanwhile, you can also get him from the auction via the NBA 2K23 MT Coins, which is affordable for most of players.

There is a one thing you need to attention is this challenge is set to end on November 10, so you better kick off completing it as soon as possible, but the challenge is not that much difficult, generally speaking do not miss any chances to obtain good player cards in NBA 2K23.