The updates of FIFA 23 is crazy this year, one of the reason to be excited is cross-platform gameplay, now we did experience this within FIFA 22 as EA was starting to test it out, but within FIFA 23 it's taken to a whole another level, including going over into Ultimate Team. Cross-platform this year will be based on the exact same generation of console, for example PlayStation 5, Xbox series X and S, PC and Google studio will be able to play against each other, whereas PlayStation 4 and Xbox One are completely separate. 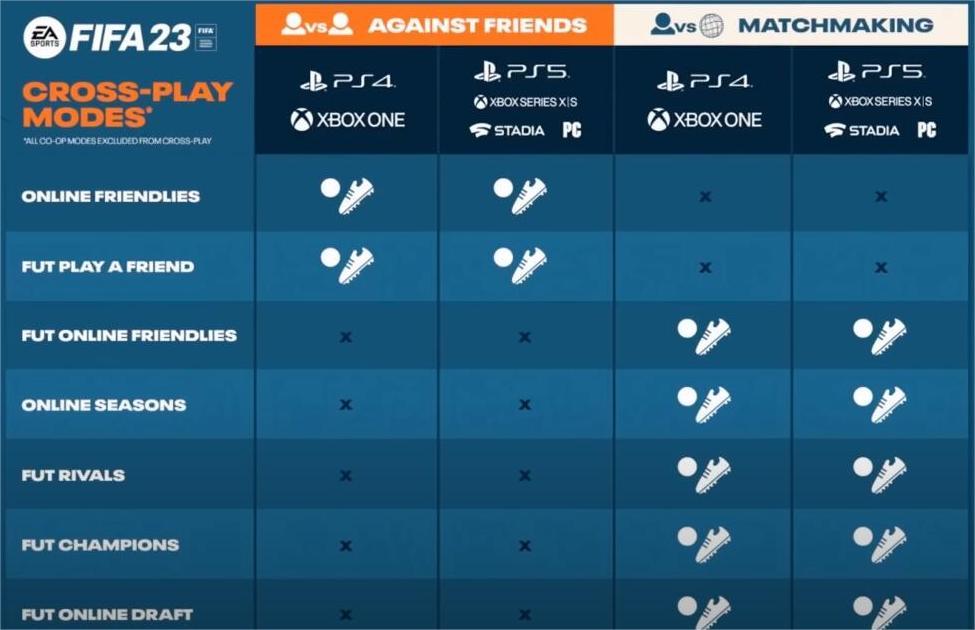 If you don't want to go through cross-platform, you have the option to out within your settings, but more or less I think it will be a good thing.

Your location will determine the game matchmaking that you received, those of you that in Europe may have good game matching experience, but for those of you out in America there's certain periods or certain times of the year where it can be very difficult to find a game. This being based on your location as well as the amounts of players playing within that location. There will be times especially coming towards the end of the year, where if you went through FUT champions because it is based on your record as well as your location, it can be a struggle to find a game. And if you do find a game, is likely a player that you did play earlier within the exact same competition.

This has been a complaint for years, with cross-platform it doesn't 100% solve the issue, there will still be less players in certain locations than others, but it does certainly help you're no longer restricted to just your platform, you are now able to play on other platforms if you choose to do.

If you're a PlayStation player, it's likely that you won't see too much of a difference, because PlayStation tends to be the more popular console when it comes to play an Ultimate Team. It is always had three four maybe even five times as many live transfers as the other platforms. Cross-platform will certainly help those that are Xbox PC or Google studio players, especially on PC and studio, where you have next to no players.

Overall, this will certainly help for you to find a game a lot quicker and be able to play different opponents, so you're not just playing the same person over and over again. As you do have the option for cross-play when going through these matches, it also means that a lot of the game modes with their rewards.

If you want to check more inform about FIFA 23, UTnice.com is your best web for this. Buy FUT 23 Coins in UTnice could be your best trading experience ever with quick delivery speed and cheap price.

Recommended Article
Some Powerful Cards You Should Have in NBA 2K23 How to Become a Blocking Master in Madden 23 Free DLC for FIFA 23 of the World Cup and Even More Madden 23: Tips on Passing Skills From Professional Players FIFA 23: The Biggest Change in Chemistry System Ever Madden NFL 23: Important Game Setting for the Step to Professional Player
About Us Affiliate Sell To Us Acceptable Use Policy Terms & Conditions Privacy Policy Refund Policy AML Policy