As the most anticipated basketball simulation video game of the year, I now have every reason to believe that it will give us the perfect experience. Because 2K Sports announced the gameplay improvements and enhancements we'll see in NBA 2K23, which is divided into offensive and defensive play, with authenticity as the goal of improvement, taking into account the Current and New Gen experiences, bringing fans A series of valuable content. 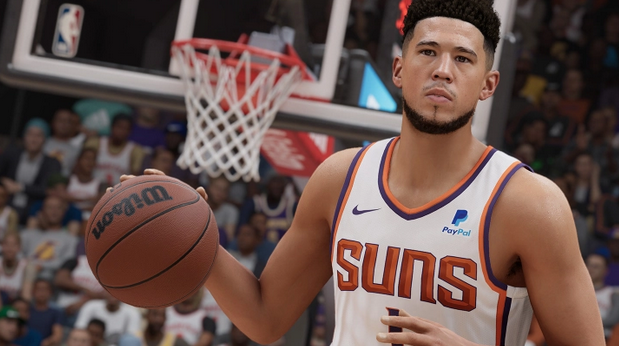 For offensive gameplay, Pro Stick has added two new gesture combos, double throws and switchbacks, the metered skill dunks from NBA 2K22 are back and expand the dunking controls for full customization Space and being able to dunk your way. It is worth mentioning that in New Gen, this mechanism is also combined with physics-based simulated rim hangs to enhance the immersive gaming experience.

In terms of defensive gameplay, 2K Sports has brought a new system after summarizing its previous experience, which can evaluate defensive players through the shooting action window, so as to more intuitively show the players' abilities. At the same time, the one-on-one interaction has become more interesting due to the improvement of on-ball defense; the shooting rate and experience of shot blocking have also been improved; the improvement of steals and ball strips will also make the catch near the out-of-bounds easier.

In addition, the badge system and artificial intelligence aspects have also been enhanced and improved accordingly. Players can enjoy more strategic builds and flexible match settings with a new badge system.

Overall, the gameplay of NBA 2K23 is a step higher than that of NBA 2K22, and the production team also focused on the needs and suggestions of fans to bring player control mechanisms and balance mechanisms to enhance the realism of the game. NBA 2K23 official release date is September 9th, and we've already seen the First Look trailer and info, so it's time to get ready for a brand-new MyTeam journey.

If you want to get a head start on NBA 2K23 MyTeam, UTNICE is your most loyal companion. Not only can you get the latest news here, but you can also buy NBA 2K23 MT at low prices. Our team is customer-oriented and will bring you great service.