Hey folks, for some of you may already bought the Madden 23 for a while after it released, I believe it is time to introducing some little skills that professional game players loved a lot. So today I would like to talk about some passing skills. 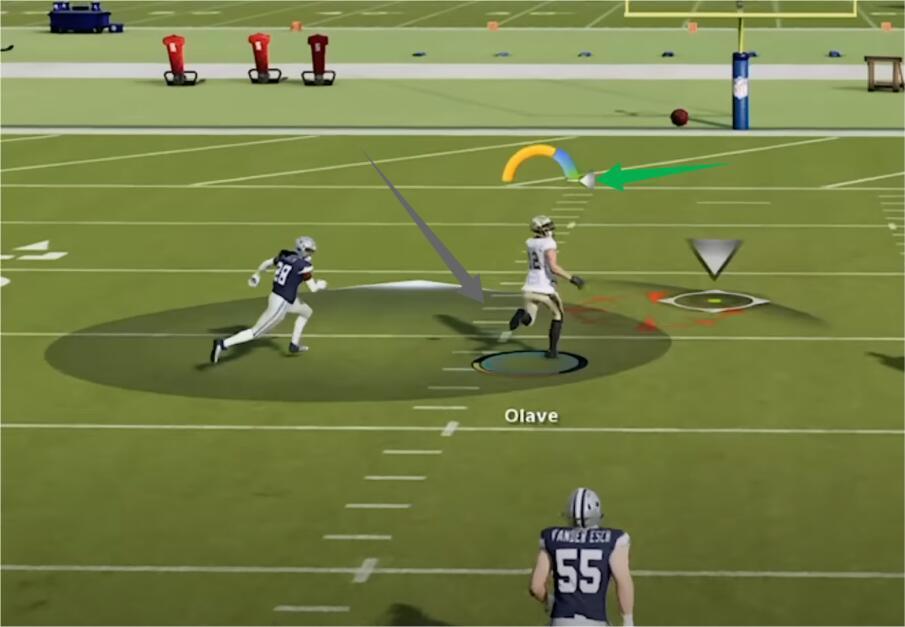 By the way, the Pass Lead function is when you hitting one of the receiver button icons, while holding the left stick in whatever direction you want it to go. Then you can successfully complete a Pass Lead.

The free-form reticle is how you leave that circle, hitting the left trigger after throwing the ball allows you to place where the free-form reticle goes outside of the circle, and that's very important when it comes to deep passing. If you're throwing this ball inside of this circle, your receiver will slow down to catch the ball with inside the circle. So if you're using the new free-form passing system, you really have to lead the ball outside of the circle, and catch it there to make receivers catch and run one play touchdowns.

This tip always works no matter who you're using as your quarterback, and absolutely not only because your quarterback is Josh Allen. When we're using much worse quarterback, same thing the ball placement is outside the reticle, you can also get a much smoother catch and run, and easy one play touchdown right.

A lot of people think that setting Far in Free-form Reticle Max Distance is a better way to go, but in my opinion if you're going to use Far, you have to lower the Free-form Reticle Speed. When I have it set to a 10, the reticle is moving too quickly for receivers to catch. When it's set to Near, it's made to stay around the outside rim of the reticle to the point, where it doesn't go too far. So if you're going to use Far, just lower the speed till one or two maybe, and then you'll see you can have the exact same effect. Everybody will figure out what they like the most, so if you do find that the ball is going too far away, lower the reticle speed is better than not.

If you want to know more skills on Madden 23 NFL in other aspects, just keep watching the latest news in UTnice.com and you can buy MUT 23 Coins in cheap price as well.