The concept of playing an NFL game on Christmas Eve sounded a lot better to Jay Feely when the schedule came out in the spring than it did as the holiday season approached.

It was 2010, and Feely was kicking for the Arizona Cardinals, who were 5-10 and going nowhere. They were playing host to Dallas, likewise stuck in the mud at 5-10.

With Christmas falling on a Sunday this year, the NFL has front-loaded the schedule with 11 games on Christmas Eve, and - as on Thanksgiving - three on Christmas Day, including Denver at the Rams. The Chargers play at Indianapolis on Monday night. 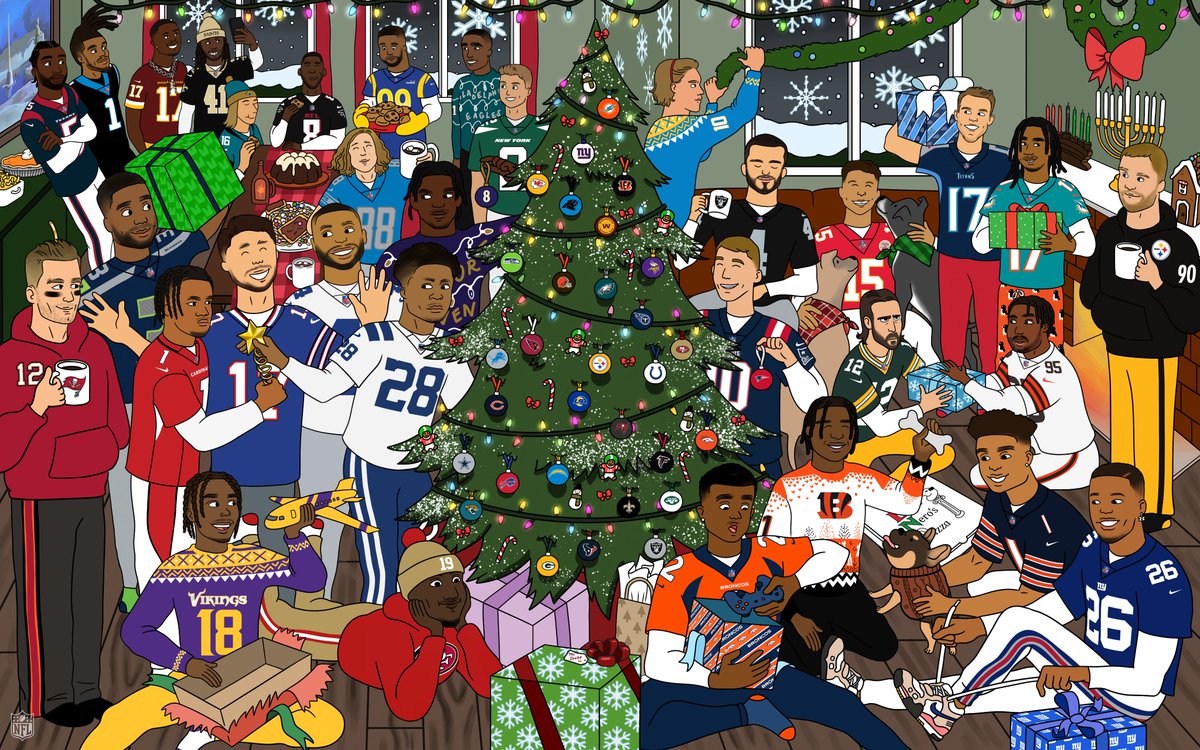 Here's a closer look at some of the most memorable Christmas Day NFL games:

Eagles 23, Cowboys 7 in 2006
It was a far different Christmas Day experience for Philadelphia quarterback Jeff Garcia in 2006, when he guided the Eagles to a 23-7 victory over the Cowboys in Dallas. That Monday game capped an unprecedented run for the Eagles, who beat all three NFC East opponents on the road in consecutive weeks.

That Dallas win was the capper. Not only did the Eagles beat the hated Cowboys, but also they spoiled the day for spotlight-stealing Dallas receiver Terrell Owens, who had been with Philadelphia the season before.

As he left the field, a gleeful Garcia delivered a line on national TV "Merry Christmas, Philadelphia" that secured him a permanent spot in that city's sports lore.

Philadelphia was 5-6 at Thanksgiving before tearing off five wins in a row to clinch the NFC East. They beat the New York Giants in a wild-card game before losing at New Orleans in the divisional round.

As with other quarterbacks, Garcia's relationship with Philadelphia fans was, well, complicated. They loved him after that three-game run, but were less enthusiastic about him when he first replaced the injured Donovan McNabb in mid-November. The Eagles lost their first two games with Garcia under center.

"I was able to play for the Niners and Cleveland and Detroit, and you see the passion in fans," Garcia said. "But you go to Philadelphia and it's just a different experience. It literally is love-hate. Fans there thought the season was over when Donovan went down."

It took Philadelphia fans a while to warm to Garcia. At the beginning of December, when the Eagles were playing host to Carolina in a Monday night game, Garcia was crushed by a tackle and lay writhing on the field. In his agony, he heard the crowd starting to cheer because his backup was warming up on the sideline.

"I almost was somewhat happier being on the road for those three weeks knowing that, when you're on the road, you have to be a road warrior obviously, but you know everybody's against you already," Garcia said. "At home, I didn't know if they were with me or against me. There's nothing like playing at home when your fans aren't in favor of you."

That all changed as the Eagles started stacking wins in December, and especially with that Christmas Day game.

Bears 24, Packers 17 in 2005
The Bears traditionally had difficulties against Brett Favre and the Green Bay Packers, so in Chicago this is a major Christmas memory. The Bears won at Green Bay, 24-17, intercepting four Favre passes and sweeping the Packers for the first time since 1991.

Bears long snapper Patrick Mannelly remembers that game for an entirely different reason. His daughter was born the day before. He was there for her birth, then rode north to Lambeau Field with the team doctor.

Mannelly played that game with the blue-ink footprint of his newborn daughter stamped on his forearm.

"I was tired as can be from not sleeping," he said. "Then fortunately we won the game and won the division. I don't remember a lot from the game, but it was just a great Bears-Packers memory and my favorite Christmas ever."

Cowboys 37, Cardinals 13 in 1995
Christmas fell on a Monday in 1995, too, when Dallas played at Arizona and pounded the Cardinals, 37-13. Troy Aikman threw for 350 yards in that game, which secured home-field advantage for the Cowboys throughout the playoffs.

The Cardinals were heading in the opposite direction. It would be the final game for coach Buddy Ryan, who started heading up the tunnel before the clock expired so he was nowhere to be found for the traditional postgame handshake.

There was plenty of dysfunction in the Cardinals organization at the time, including a fistfight during a Friday film session between a practice squad defensive lineman and a starting linebacker that spilled over into the locker room Saturday.

Footage from that game was used in the film "Jerry Maguire," and the on-field scenes with Cuba Gooding Jr. were shot at halftime.

"We were told there was a Hollywood movie there, we weren't told it was what would become Jerry Maguire,'' former Cardinals center Ed Cunningham recalled. "We had no idea it was a Tom Cruise movie. It was only when the movie came out that it was like, ‘Oh, my God.' "

More memorable for Cunningham was teammate Larry Centers establishing an NFL mark for receptions by a running back with 101 for the season.